One of the symptoms of depression is vague aches and pains.  One of the complications to chronic pain is depression.  For many it can be similar to the question regarding the chicken or the egg.  Did significant trauma at a young age (even unremembered) cause the brain to grow weary of constant pain, resulting in depressive and anxious symptoms?  Or did depression which came on in adolescence develop into physical symptoms that have grown into more severe and frequent complaints? 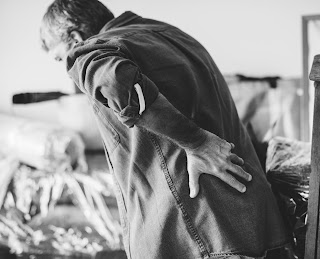 Does the question even matter?  Do we really care if the person has been suffering from pain and is depressed from it, versus if the person has been depressed and is suffering from pain because of it?  There are many who would argue that it doesn’t matter.  We can be given psychotropic drugs for the depressive symptoms, and ibuprofen (or stronger) for the pain.
How about this:  how many people have you met who’s lives have been significantly impacted by chronic vague pain and/or depression?  The mom who had difficulty lifting her toddler because her back hurts constantly.  The college student who had to drop out because of his struggles with emotional issues.  The mom is now up to opioid medication just to get through her day… the young man is taking an anti-depressant and a benzodiazepine for his symptoms.  What if what you don’t know is the woman has been dealing with low self-esteem since high school and her “baby blues” were actually full-blown clinical depression; and the young man was in a moderate “fender bender” when he was 14 and has had low-level pain ever since. 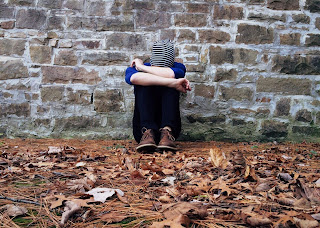 What if, because we don’t care which came first, we are not only not helping the person suffering, but possibly doing more damage by treating the wrong symptom.  Chiropractic has been shown to help anxiety and depression.  Chiropractic is absolutely one of the best options for chronic pain reduction and correction.  From an outsider’s perspective, it doesn’t matter if the depression is from pain and we’ve corrected the cause because both have been alleviated.
From my perspective, and especially the patient’s, it absolutely matters.  Not only am I adjusting someone differently based on the cause of their complaints, but if someone needs to talk to a professional regarding their mental and emotional health, I’m recommending that as part of their care plan.  Rather than not worry which caused the other, as long as the person gets better; I treat the person and address the causes.  Often, I can directly correct the cause and relieve several symptoms (some not noticed initially); sometimes, I help the person find the cause and refer them to the help they need.

Popular posts from this blog

You aren't being chased by a tiger all day... stop acting like it

October 05, 2018
Mental stress is something we all deal with.   While there are positive and negative scenarios surrounding the source of the stress, our bodies react the same way regardless.   Being chased by a tiger has the same physiological reaction as the first day of your dream job.   Our physiological reaction is a good thing, in fact.   Both from an adaptation perspective and from a biological perspective.   The problem is that we aren’t designed to be chased by a tiger from the moment we wake up to the moment we finally fall asleep.                 “What can be done though?” the reader thought aloud with rapt attention.                 I get it.   There are some stresses that are unavoidable, but there are ways to minimize the effects they have on us.   If you are required to commute, you can see if public transportation would be a good fit.   The train or bus will likely take longer than driving yourself, but you can read,or catch a nap, or text or go on social media or
Post a Comment
Read more

Why Do I Care About Your Sleep?

November 30, 2018
If you’ve read any of my previous posts, you likely remember my droning on and on about “chiropractors look for the cause”.  I say it all the time because it’s true.  Only focusing on the obvious is like replacing your tires that are wearing too quickly rather than getting a rotation and balance to get maximum mileage from them.  Often subluxation is causing your issues and being adjusted can do amazing things for your health and wellness.  Other times, something else is causing the subluxation and until the cause is found and corrected, no amount of adjustments is going to fully fix the problem.  Sleep is often one of the examples of this circumstance.  Not getting enough sleep can cause a lot of issues and chiropractic can help with many of them, but until your sleep hygiene is addressed, issues will continue to arise.  From my concern, there are two main concerns regarding your sleep.   Quantity of sleep and quality of sleep (groundbreaking, I know).   In terms of quantity
Post a Comment
Read more

October 19, 2018
Whether you are a regular utilizer of chiropractic or not, you likely have figured out over the course of your life that your body heals itself.   If you’ve read previous blog posts, I’ve alluded to that fact a few times.   Our bodies are, in the vast majority of situations, capable of healing without outside aid.   I wanted to expand on that a little bit this week.                 First, this ability is dependent upon severity.   While a cut will heal, and a broken bone will even join back together over time, once tissue is dead, there’s not bringing it back.   The question of severity applies to all three types of stress that I’ve discussed before too.   You can be scared to death, ingest too much poison or suffer too severe a trauma and die.   No amount of self-healing will help you.   Time is also a major factor, as it may take 6 weeks for a bone to be strong enough to function again, once broken, a nerve regrows approximately 1mm a day once the trauma is co
Post a Comment
Read more